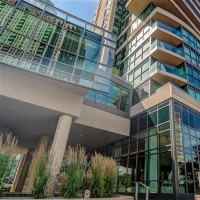 Ontario economy was performing very well during 2017, and employment levels are on truck to grow, particularly in 18-25 age category. When job market improves, young adults can find a job and move to rental accommodation. There is a strong correlation between unemployment rates and vacancy rates in Ontario - more young people now can afford to leave parent's basement.

Last but most significant factor was affordability. It's no secret that interest rates have gone up at least 80-90 basis points since the 2016. Taking into consideration strong economy and inflation, rates can move even higher. Costs of carrying mortgage were up strongly and so far, were quickly outpacing the grows in apartment rents. It is obvious now that new Ontario government policy of rent controls will significantly curb further rent increase, encouraging fewer tenants to vacate. For that reason, the lowest turnover rates were recorded in Toronto, which correlates with below average vacancy rates. Meanwhile, places with high vacancy rate, like Barrie, recorded higher turnover rate.

While no one knows the future, it's worth noting that there is no forecast right now that predicts interest rates dropping to 2% again. Therefore, present day prices, however balanced, are at a high. Just quick fact checks, condo prices have increased 41.37% over the past two years. This year, about 15,000 new condo units will be completed, and  it will be interesting to see the impact on the rental market, taking into account the fact that most of the new units are slated for rent.