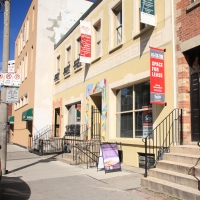 According to the new report published by Jones Lang LaSalle, Toronto will be facing a significant rise in commercial rent rates over the next three years. It says the city may expect as much as 50 percent increase as a result of tight supply, rising property values and dramatically increased urban density.

According to Brett Miller, JLL Canada chief executive, rents will be on par with New York, where similar spaces in A class buildings was $84.91, compared to $59.17 in Toronto.

It all makes sense in light of recent changes in the visa requirements announced at the end of last year. Government relentlessly tries to lure foreign wealth and tech talent to Canada, making it easier for companies to quickly fill in vacant positions in the technology sector. Ability to bring new talent will increase demand for office space and will support much higher prices in the commercial retail space as well (think about a lunch time rush hour!).

Industrial rates have climbed 20 percent in the last year, even though manufacturing activity continues to fade.

The reason for low vacancy rates is that industrial real estate struggles to meet increasing e-commerce demand for warehouses and distribution centers.

Perception of commercial property should change too. Residential, mostly condominium investment has been negative cash flow for quite some time now. To make things even worse, recent rent control measures certainly are going to make it more difficult to get out of this money pit.  And new Ontario tax on foreign buyers may pull the plug from high-speed value appreciation. The residential mortgage is subject to the stress test, and in many instances, only marginally lower than the commercial mortgage.

On the contrary, commercial property is not a subject to the new 15 percent tax, there is no rent control whatsoever and Commercial Tenancies Act is quite different from Residential Act. The buyer of commercial real estate expects higher returns, in the 4-6 percent range, and if Jll’s forecast is true, there is a good chance that return will be much higher over the next three years.