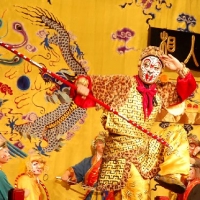 In the recent past, in 2007, China's investment in real estate overseas was less than $1 billion. Now it exceeds $20 billion annually, reaching 28 Billion in 2016.  According to recent estimates, Chinese investors still have an estimated $200 billion to invest abroad. It seems to be a long-term trend since the Chinese government is clearly unable to prevent capital outflows.

Chinese buyers are increasingly inflating residential and commercial real estate markets all around the world. At the recent Shenzhen, RealEstate Expo, representatives from many companies offered real estate opportunities in Canada, Australia, U.K. and the United States.

There is a direct and visible correlation between the recent disproportional increase in real estate prices in the countries and areas popular with Chinese buyers.

It’s known that Chinese have an affection for the real estate, and they are avid savers, patiently building capital over the many years, including equity in their homes in the prosperous cities like Beijing and Shanghai. Investing in other countries is no longer just for super rich - growing middle class is able to purchase a second home, diversifying investments and keeping the cash in safe countries. Investing overseas has never been easier – there are many Chinese websites advertising investment out of the country, foreign developers provide Mandarin language marketing material and there is no lack of local Chinese speaking real estate agents and representatives.

In most cases, Chinese purchasers are generally cash buyers, however, if they could tap into cheap credit, they would finance – and buy some more properties.

Many countries welcome real estate investors, but since most of the money go toward real estate, it creates distortions in the economy, generating jobs mostly in residential construction, finance, insurance and real estate sector. In some places, like Vancouver, real estate sector has disproportional weight in the province’s GDP, reaching almost 25%.

As a result, real estate prices become disconnected with income, and, according to recent data in Toronto and Vancouver, even 15% foreign tax can’t stop this trend.