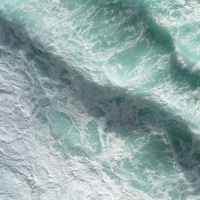 The froth is coming off the market, and it’s a good sign.

When everybody can get rich in real estate, it’s usually a time when the party is over. Back in March, it was exactly the thing – buy and get rich or you will be outpriced of the market forever because, after all these years of steady growth, prices now go into the stratosphere, full throttle, no turning back.

Media had supported the trend, wholeheartedly, reporting on daily basis latest real estate prices and publishing experts blaming sudden price acceleration on the “low inventory” - what a joke. The low inventory wasn’t the reason, it was the consequence of the market that went completely bananas. Since May, steady rise in homes listed for sale ultimately proved this theory wrong. People tend to forget that market isn’t perfect and psychology plays a major role in booms and busts. Real estate markets aren’t so different from stock markets, run by emotions and beliefs. Now we are in cooldown period, and things are coming back to normal, slowly. Home sales fell in June by their largest amount in seven years, the Canadian Real Estate Association said Monday, as nearly three-quarters of all markets slowed down during what is normally the most popular time of the year for real estate.

It’s not a coincidence that rental market continues to heat up since many buyers sit on sidelines or just can’t qualify for the current property prices. Rental condos in downtown Toronto see the bidding wars, with rentals, snapped in a matter of hours. Lower level 2-bedroom apartment in Junction area I listed for rent a few days ago, was rented in the first 15 minutes I put a sign for lease on the property’s front yard.

According to CREA, Greater Toronto home sales fell 15.1 per cent in June from May, and Toronto sales dropped 37.3 per cent from the previous June, while new residential listings climbed 15.9 per cent.

Finally, in the latest development, on the last Wednesday, the Bank of Canada raised its key interest rate to 0.75 per cent, the first hike in seven years.

"The Canadian housing market is now in its third month of what is expected to be a soft landing," TD Bank economist Diana Petramala said of the numbers. "The weakness was triggered by changes to provincial and federal housing policy, but it will ultimately be higher interest rates that help solidify it."