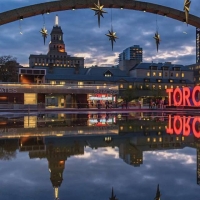 The office, industrial and retail commercial real estate markets in the GTA continue to perform well and remain well within “landlord” market status. The office market vacancy rate has decreased by 90 basis points (bps) year-over-year to end February of 2019 at 5.0%, with the average net asking rental rate up 5.6% over the same period, to $19.51/sq. ft. per annum. With exceptionally strong demand from both finance and tech tenants driving down vacancy and pushing net asking rents up, it is no surprise that landlords and developers are confident about the future performance of the GTA office market. Furthermore, although rental rate growth has begun to slow, growth will remain positive for the foreseeable future. As such, construction activity continues to increase. There is currently almost 10.6 million SF of office space either under construction or expected to break ground imminently in the GTA, representing over 3.9% of existing inventory. These projects amount to approximately 8.4 million SF downtown, and represent 8.9% of the existing downtown inventory. Downtown vacancy remains tight, at 3.4% at the end of February 2019, however, it is up 10 bps year-over-year as limited options. It should be noted that meaningful new supply is now 12 to 18 months away, and those tenants who can hold off until the new supply starts coming online, will do so rather than taking space that may not necessarily meet their needs, resulting in a temporary slowdown absorption activity. Due to limited options downtown, suburban demand continues to pick up, with suburban vacancy down 160 bps year-over-year to 5.9%. With demand remaining strong, and new supply limited in the short term, expect rental rates to continue edging up. Downtown net rents are up approximately 20% year-over-year at $33.42/sq. ft. per annum, however, they are off slightly from $33.44/sq. ft. per annum at year-end 2018. Suburban rents have increased by only 4.3% year-over-year to $18.03/sq. ft. per annum in February 2019 and were up 1.1% since year-end 2018. The industrial market experienced a 100 bps drop in vacancy year-over year to end February 2019 at an exceptionally low 1.4%, with availability down 100 bps over the same period to 2.3%. As a result of strong demand and limited availability and new supply (only 3.5 million SF in 2018), the average net asking rental rate continues to increase, up almost 13.7% year-over-year, to $7.8219/sq. ft. per annum in February 2019. Low vacancy rates and continued demand from transportation and warehousing users as well as non-traditional users such as film and television production, self storage operators and cannabis grow operations is driving both demand and increased construction activity. Construction activity is now at 10.6 million SF, compared to only 5.6 million SF a year ago, and this activity equates to 1.3% of the current market inventory. As a result of the above, and the fact that there is limited land available for new projects, expect vacancy to remain low and rental rates to continue rising. Rental rate expectations from landlords for new construction projects are increasing even further due to rising construction and land costs, and as a result, both landlords and tenants are going to have to start looking even further out around the periphery of the GTA for suitable options. On the retail front, despite the exit of several retails over the last year, both big and small, and weakening retail sales as a result of rising debt servicing costs for households, Canada, and the GTA specifically, continue to attract retailer expansions and new retailers. As a result, the retail vacancy rate has decreased by 100 bps year-over-year to 2.1% at the end of February 2019, with the average net asking rental rate up by 9.0% year-over-year to $26.12/sq. ft. per annum. The delta between the have’s and have not’s when it comes to retail properties, continues to grow. The landlords that are able to update and renovate their properties in order to attract the best tenants are also attracting the most traffic, whereas the landlords who are not, are being impacted the most. These insights are made possible through CoStar, the largest commercial real estate source for property listings for sale or lease in Canada.